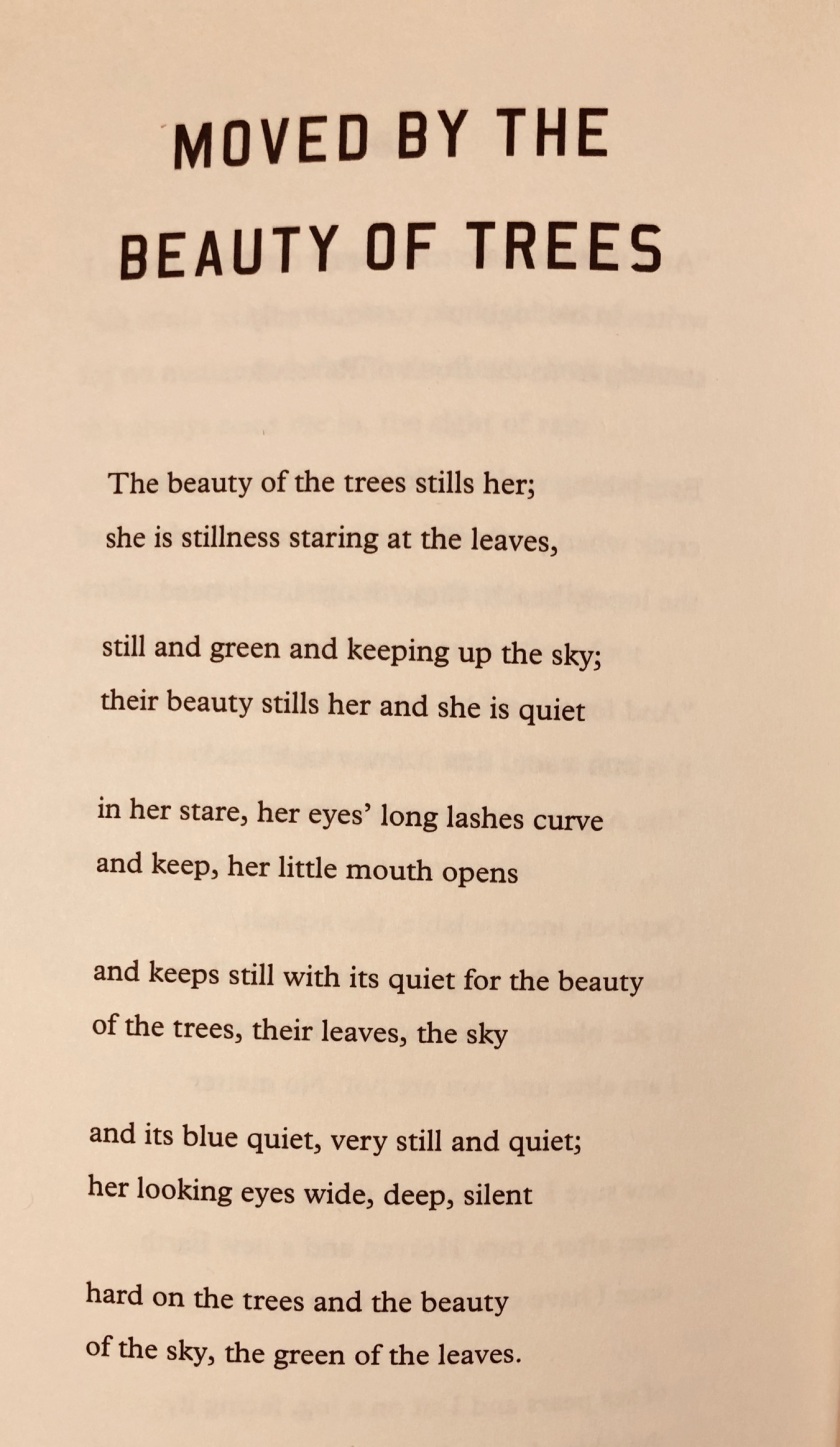 There is a breath of companioning inspiration that comes in the flesh, comes through it, and opens it in mindfulness. The blood is (or can be) wise because of the breath that makes flesh of the earth. Essential in the formation of that attention is the power of imagination. The inspiration companions below ground and comes to the surface in the flesh and there on the surface, above ground, we attend on a threshold, one side of which looks back and down to the profundity of the porosity, the other side of which opens upon a wide space where endowed creativity comes forth and passes into worldly communication. The threshold of the communicating flesh, inspired sensibility, is again between the intimate and the universal, being both passionately intimate and the promise of the universal.
William Desmond, The Intimate Universal, 258

Bear with me. We will get to the politics eventually. Like Hutchinson’s poem, Desmond’s text is part of the contemporary discourse about the Flesh as a symbol of the Intimate Universal. There is a need for intervention because of the question raised in the debate by the return of the Circle as a normative symbol. In Galen Johnson’s important book “The Retrieval of the Beautiful,” (2010), we read: “Thus vision is a reversibility, a circle of eye and mountain, a circuit of seeing and seen, an interrogative conversation of asking and listening, the circulating of being which is the movement of Flesh, that is reversibility. The circle, too, as well as the chiasm, expresses the meaning of reversibility.”

The equivalence of circle and chiasm is only apparent but such is the rhetorical majesty of the Circle (think Emerson at one end and the pre-Socratics at the other) that a distinction is in order. A good poem is often the best strategy for clarifying cultural nuance, and Hutcinson’s “Moved by the Beauty of Trees” is a very good poem.

It has the marvelous poise of a child poem by Marvel (allusions to the Civil War are part of the prima materia of this vastly underrated book of poems); but it is even more substantial, partly thanks to the contemporary phenomenological project of chiasmus or reversibility. The Flesh of the child is inseparable from the activity of universal being (Beauty), but it is no less intimate for that.

The patience of being as a source of the poem is felt in the gently insistent forward song-like motion of the poem. It traces with great delicacy and firmness of line the lyric narrative through the fourfold senses of being: first the “objective” proposition of the opening statement, which quickly complexifies, perhaps perplexis with the quiet use of “is”: “she is stillness staring…”

And so it goes, deep into the reversibility of “is.” The Flesh is rendered with tender precision: “her eyes’ long lashes curve / and keep, her little mouth opens / and keeps still with its quiet for the beauty …” The introduction of beauty announces the turn in the poem’s itinerary from the chiasmus of flesh and tree, intimacy and universality, to the “more than can be thought” of the radical other of beauty. Sky and its blue: the venerable symbol of the abyss almost swallows the child.

In idealism, she would be taken up and made one with the supervening circle of the liberal ideal. But the lyric narrative holds fast to the primordial distinction between mortal and immortal. Her looking eyes are “hard on the trees and the beauty / of the sky, the green of the leaves.”

The child is not a symbol but real. The Flesh retains the distinctive poignance
Of finitude. Her separateness. Hutchinson’s poem is way ahead of contemporary conversations about the “reversibility of the Flesh.” But the mix of voices, the “promiscuity” of our language does not defeat the arrival of the truth of the end of the poem. The brilliance of this poem argues for its place in education today. The historical crisis we are all part of is very much the coming to terms with new intimacies, new universals. Hutchinson, a Jamaican, negotiates with awesome skill the equivocities of the political moment. Idealism, by erasing difference/finitude, is essential to racism. Perhaps that’s one source of the hardness of the gaze of the little girl. 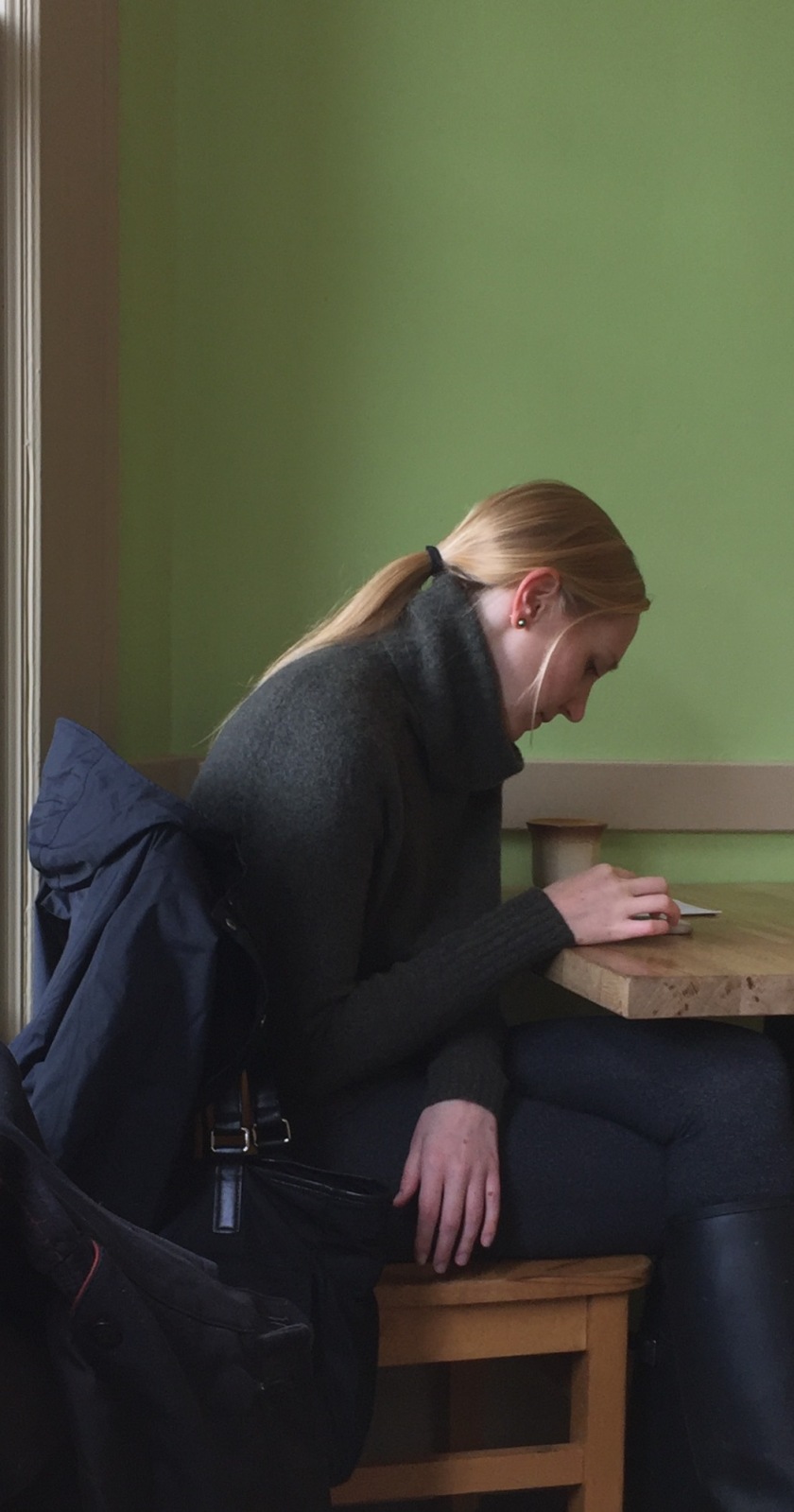 This series of pages — NB Exemplary Texts— are like post-its for later development.

From The Gift of Beauty and the Passion of Being by William Desmond, 117.

This text helps us recover the concept of beauty from the two-headed monster of modern idealism and nihilism. The happening of beauty creates a ‘between space’ traditionally named metaxu (Plato, Weil, Voegelin, Desmond and now thriving schools of Desmond exegetes.)

For my purposes this space is the poem. In this typically rich passage, one may find many insights into how and why poems structure human experience toward a transcendent other. Paul Celan’s revelatory practice has established this dynamic as central to our rethinking of poetry.