The ending of this characteristically limpid poem may trouble the waters a little but if we take the poem as an indicator or sign of the between, not so much.

The title suggests a preoccupation with a state of mind associated with remote indifferent divinity or emotional detachment. But the poem discloses a space rapturously beheld.

Let’s work it through. It’s a cunning piece of work, limply called ‘sacred’ as such poetry may be called.

First: Limpidity not transparency! Differences matter. Between memory and, it would seem, its other. Not oblivion but ‘promise of a new life.’ So ‘what’ is between memory and such a promise? What is the ‘it’ referred to?

The ‘moment’ revealed so to say because no ‘one’ saw it—-well, ‘only…’ something absolute but absolutely other: ‘serenity, glory, bliss’ saw it.

Does the poet speak for himself? Or some other?

The next section is down to earth. A still life. But: The color of the plum is both purple and violet ‘as in a Spanish canvas.’ (Note the naive usage ‘in it’ which nonetheless reminds us of the ‘materiality’ and intermediates quality of things-as-they-appear.)

The things here are not just ordinary, they create a metaxical order, a luminous space between real and ideal. So yes down to earth but ‘earth’ as a realm where givens are known as gifts of the spirit.

Earth as in our time appears most vividly in nostalgia. But the ‘new life’ perhaps promised by the poem is not nostalgic, it is hyper-real. The hyper-real comes about through metaxyturn, not dialectic but dialogue with a transcendent other.

Especially— look!—-that disused ballpoint, having been used to write dark poems. Not like this one: other to it. Sad spent penis, streaked full of memories….

The poem speaks for itself. The ‘whole’ of the poem results from metaxyturn, which Zagajewski fairly often lets happen as he writes.

To reach Metaxyturn, where the participating consciousness becomes the site of agapeic otherness, the work of art goes through two stages. 1. Through dialectics reaching the abyss of the self on the edge of abyss/the divine passage (think Beckett). Here asymmetric relativity replaces the relativity of dialectic. Dialogue with otherness interrupts. 2. Witness. The overfullness of presence of the divine other’s passage in the between. Think Bonnefoy’s resolute fidelity beyond nihilism. Presence. Hope. 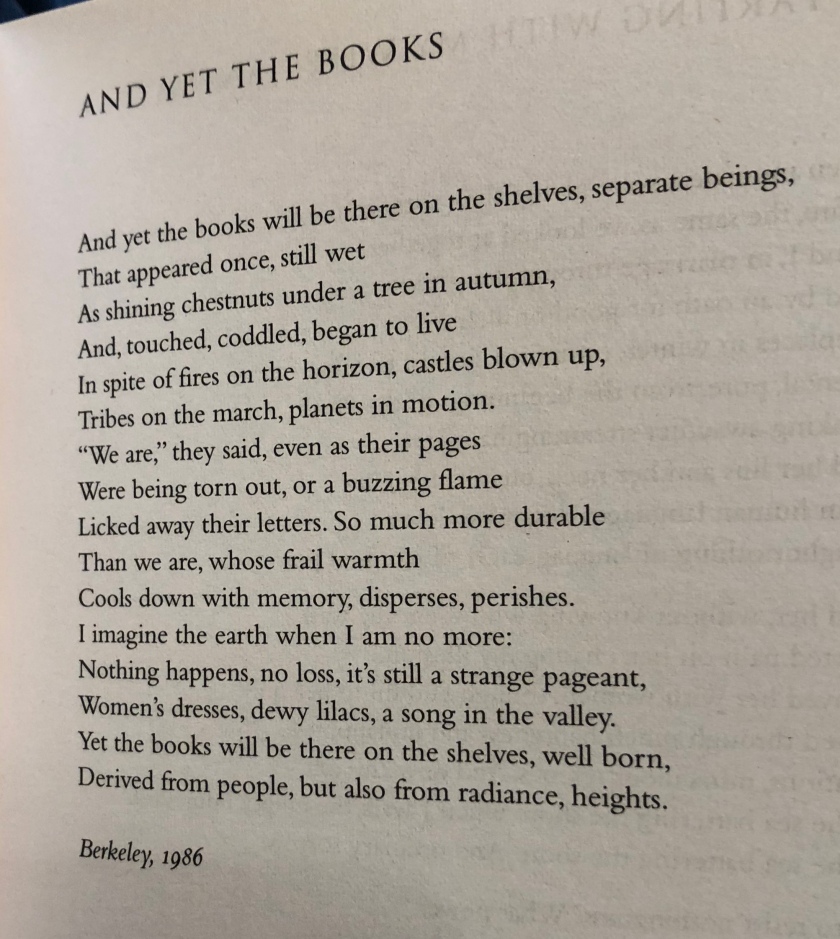