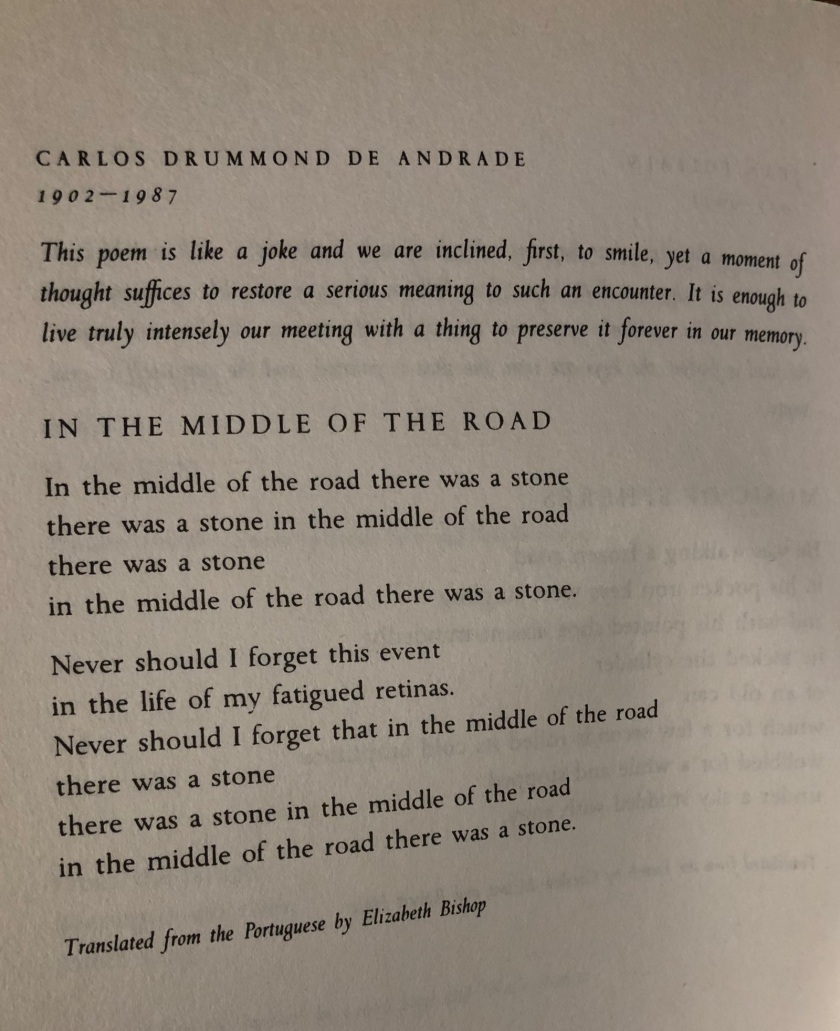 from A Book of Luminous Things, ed. Milosz

Idiotics: The etymological meaning of “idiot” refers us to the intimate: a reserve of being that is prior to determinacy, and that yet is not entirely incommunicable. Each of us lives idiotically, insofar as each of us is a singular being, whose very singularity seems to verge on being incommunicable in terms of conceptual abstractions and neutral generalities. We live our lives from within out, with this singular stress of self-being. This happening of intimate participation is both presubjective and preobjective. It is a happening of singularity in a field of energy, itself a happening of participation that is neither of the self nor of the other, and relative to which what is ibjective also comes later to form, just like the subjective itself. This idiocy is not a “what,” not a neutral generality, and is not to be exhaustively defined by formal determinability. As elemental, it is a charged field of thereness, and qua field it is a intermedium of communication. Idiotics also has to do with a certain intimate sense of the good of the “to be.” As happening, the idiocy of the elemental “to be” is not confined to any one thing, or any one self or other, but opens a given ethos of being, a primal ethos that is a charged field of ontological worth.

In my experience of teaching A Book of Luminous Things, this is one of the most popular of the poems. Students   Respond immediately to the incantatory repetitions. The highly charged impact of this mere fact detonates a reserve of awareness of what Desmond calls the idiotic sense of being. The passive or rather impassive thereness of the stone triggers a shock of recognition.

The stone has no narrative, no inner story. One might say it represents the possibility of inwardness. “We live our lives from within out.” That absurd stone is the Beginning.

But even that seems to go beyond the poem. Something that is first “verges on the incommunicable.”  And yet the poem is not only a witness to the idiotics of being but an exhortation to recognize it.  “Never should I forget this event.” No reason is given for this urgency.  As Desmond’s glossary entry emphasizes, this “stone” cannot be understood by categorical thinking: this stone reasserts itself by its sheer thereness, its power as a pure inarticulate source of communication and even wonder that there is anything (like it).  There is and there isn’t.

In the Nineteenth century, as the Romantic sense of self — that (w)holeness that seems to articulate the lyric’s unity—becomes less and less authoritative, the lyric narrative shifts, the sense of ending recovers an awareness of presubjectibe and preobjective being, to use Desmond’s terms. The post- Romantic poem seems to assert the sheer idiocy or irreducibility of being.  In Desmond’s words, neither the self or the other is at stake, rather the poem “opens” a sense of primal worth in the charge field of communication.

Today the very presence of the lyric, its idiocy,  then may question the priority of nihilism.  Saturated in the creative nothingness of the fertile void, the very idiocy of the voice of the poem involves a sense, a presence, of worth.

But is that saying too much about this poem? Too “Metaphysical”?  We return to the shrewd, laconic headnote where Milosz ties the meaning of the poem to the reader’s capacity for “intense” “meeting with a thing.” The modern tradition of Thing-poetry is saturated in the voices of Rilke, Heidegger, and others. But Milosz frames his commentary in terms of “a moment of thought.”  That’s all it takes to “restore a serious meaning” to our encounter with a thing.

But this misses the “unserious” nature of our encounter with this particular stone. The value of this poem is in that ineffable distinction.