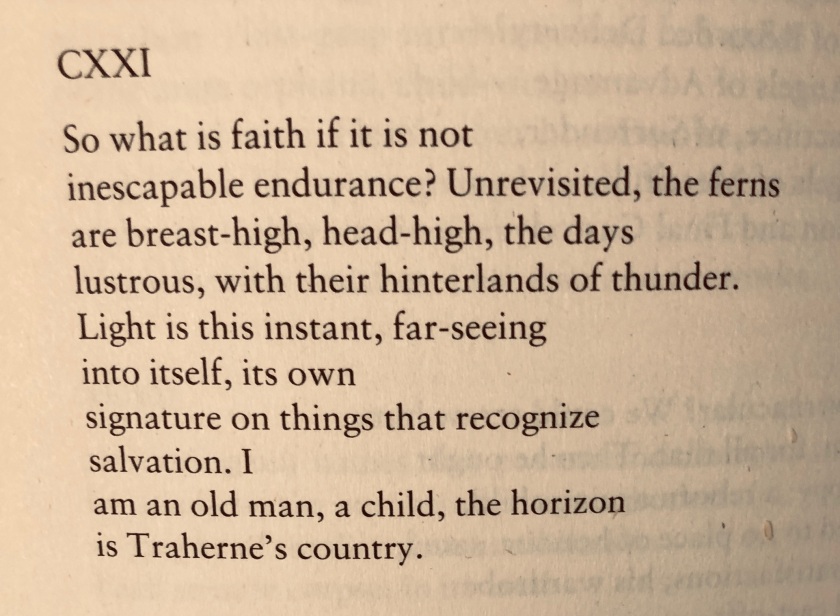 The fertile void of the kenotic porosity is the giving of a difference that is no fixed determination but an enabling intermediation of giving and receiving between the beings given in the porosity of being —- a giving and receiving that image the original giving but cannot be identical with it or exhaust it. This fertile void is evidently connected to the passion of being that marks us as patient to receiving. This patience is ontologically Intimate in each and constitutive of all universally. This patience does not sit easily with the dominant modern emphasis on the self-determining human.. . .Tnere is an ontological patience in our being received into being of which we always continue to be recipients. It’s mindful counterpart is astonishment and marvel at being at all, and marvel at the good of being. It’s way of life is one of praise and gratitude. There is nothing servile about it. Everything is a gift. There is a festivity to all of this—-this is the festivity of the agapeics.

Hill’s style or anti-style—-it seems intent on exposing its fragility as style—-worth pondering. Given a proper topic, it really is a suitable style. Call it, after Ricks on Keats, an embarrassed style. And Desmond’s style when he discusses the architecture of human being in its origins will cause resentment in the most patient reader. Didn’t anyone back in Cork, before his academic wandering began, teach Desmond to write? And yet his prose may rise to such radiance one feels obscurely blessed to be in the metaxological loop of his communication.

Hill’s late style obsessively returns to the theme of endurance. His feel for the lyric narrative is only apparently shaken once the poem is on its way. Once the theme is announced with a diffident and defensive use of the copula “is” (perplexingly appropriate to the theme of faith), he moves into the half-lit territory of the unrevisitable country. Why unrevisited! It’s the country of the once-only. Hill’s seemingly nostalgic imagery of moving through ferns, breast-high, head-high, foregrounds the semantics of hyphenation to capture the indefiniteness definitively. The “hinterlands,” a topic common in mapping betweens (in distinction to direct confrontation of the object). As the poem moves through Augustine’s itinerary —- outward to inward/downward to upward, all chiastically overlapping, reframing, refocusing—- light itself becomes the focus. Reflexivity in the self faithful to the narrative climaxes not in idealistic unity, the self absorbed and reconstituted in light of faith, but in awareness of difference. The limits of thought and the wonder thereof. Desmond’s text on “the fertile void” (as a so-called Catholic philosopher he sure sounds like a commentator on the Zhuangzi!) concludes by assertions about the “it” of being. It’s festivity!

Hill’s final image links, as an woodcut image out of Pilgrim’s Progress, selfhood and horizon. The decorum of metaxological thinking sponsors —- Desmond would say in his language of gift “endows”—-the triadic music of old man, child, and horizon.

Hill’s style, a reflection on and of difficulty, is capable of phenomenological clarity. See the reflexivity of the phrasing of the turn of this short lyric. “Light … far-seeing into itself, its own / signature on things that recognize / salvation.” That is worth practicing, by itself and in context of the whole piece, over and over as it becomes part of your muscle memory, your communicative being.